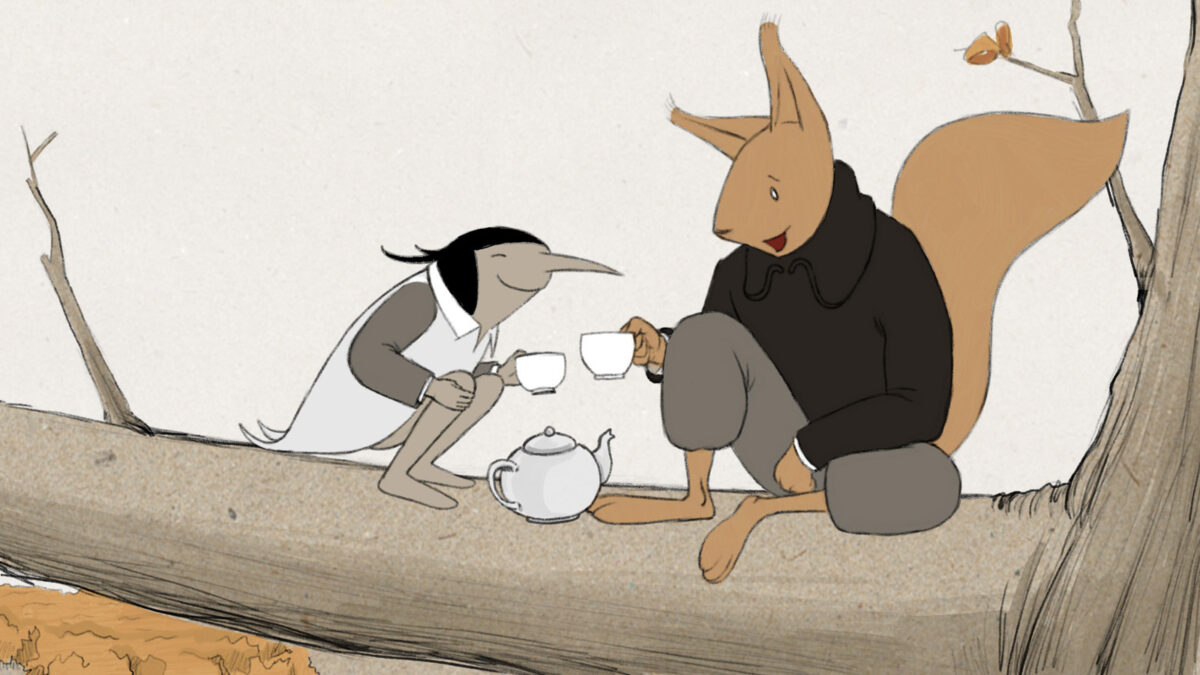 Story
When fall begins, the strong wind urges the Swallow to go south, along with the other swallows. Alone in his small house, safe from the cold wind, the Squirrel reads books and writes a letter to his friend the Swallow. When he finds an image of the Swallow in one of his books, he sees how a mean griffon threatens his friend, who is unaware of this. In his desperate attempts to save his friend, the Squirrel ends up inside the book, fighting with the word ‘griffon’. As a result of this, the griffon flees from the image, leaving the unsuspecting Swallow unharmed. The Squirrel sits at his table, happy that he could save his distant friend. He gets up, wraps his tail around his neck and goes outside where it is quiet and white. Winter has come.

Script
Elena van Eeden (based on a story by Toon Tellegen)

Supported by Netherlands Film Fund and the Rotterdam Media Fund